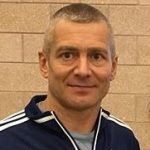 He holds Master of Sport in the former Soviet Union and is a former Ukrainian Sabre National Champion. Coach Andre graduated from Lviv, Ukraine Institute of Physical Education and Sport. He has coached in Ukraine before moving to the UK where he worked at the London Fencing Club. After moving to the US, Coach Andre has worked at various clubs in New Jersey, Arizona, and Texas.
Coach Andre has coached a number of A and B rated fencers who are now studying and fencing for their respective US colleges. His students fenced for the GB Junior Sabre team and are candidates to the USA Junior Sabre team.

No photos. Maybe you entered a invalid hashtag.